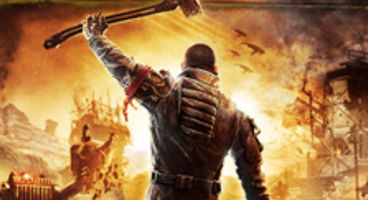 Publisher THQ has started up their own Partners program as they note the huge success rival EA has had with their own; they're "an inspiration".

Obviously they're "doing a good job" so THQ want some of the pie, and they want a "small group of partners" for making top games "year-over-year".

THQ's Tim Walsh says that "studios wanting to keep their own IP" is one of the key drivers behind their THQ Partners program. We've started to become more like the Hollywood movie business he points out.

"The business is so much more sophisticated than it has been over the past ten years or so - if you look at financing, in the movie business studio financing has been around for a long time, and you're starting to see that become more prevalent in the videogame world." "So there's more access to financing for studios," he continued.

"But also there are more revenue streams, so a developer can generate more income through digital sales, through online - so they're not 100 per cent reliant on retail, and that means they have the ability to find revenue on their own."

"Once they start to do that, and they start financing their own development and owning their own IP, it makes sense that they'd want to have a different relationship with the publisher." Walsh admits that EA Partners has had tremendous success wooing devs.

"I think they're an inspiration, for me personally," he said. "If you look at the success they've had, one of the benchmarks I'm most impressed with is that when they sign a partner, that partner tends to stay with them for a very long time - so obviously they're doing a good job."

"And that's what I want to do - I want to create a small group of partners that deliver high quality games year-over-year, and in a sense become part of the family - part of our release schedule." It allows both sides, publisher and developer, far greater flexibility.

"I guess the one thing that's obvious is that we're new to this as an official organisation, so I think there's an opportunity for a major developer to be the big fish in a small pond, so to speak," continued the business unit VP, Tim Walsh, reports GamesIndustry.biz.