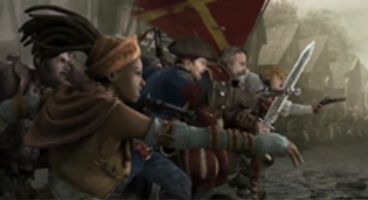 The just released Fable III from Lionhead Studios is being enjoyed around the world, but now the masses have it a few issues have been exposed.

Lionhead is working away to address the technical and gameplay hiccups - they've opened a bug reports page. Currently there's "no ETA" on a patch.

"...of course as with any videogame there are some people with technical issues. That's bound to happen of course with a game the size of Fable, our poor testers worked flat out but if something slips through the nets, then don't panic!" blogged Lionhead.

The studio now has a bug reporting page live on their website.

"Please be aware we are monitoring this on a daily basis and the test, development and community teams meet on a regular basis to try and repro issues that come up, so the development team can fix it for the next update we'll release," they continued.

"There is no ETA on this, seeing as the process of game development is a slow, long and lonely one, so please bear with us. I hope to be able to update you in the near future." Some have experienced corrupted save games, though luckily in small numbers.

"Please don't spam the forums with issues you've encountered, if you fill in a form it will get looked at! Also some things aren't "bugs" or "glitches" so don't presume automatically something is wrong," added Lionhead.

Currently Fable III has topped the UK all formats chart having just released on Friday last week in Albion Britain. It's exclusively available on Xbox 360 for the moment but a PC version is in the works and due sometime later.

Is Fable III the royal business? Check out our review to see what we thought of it.