Riccitiello: Music genre "is going to recover," but not sure how 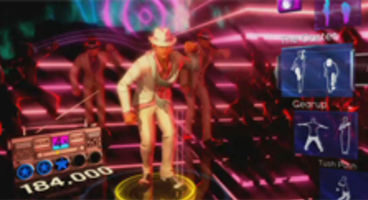 EA CEO John Riccitiello believes the slumping music genre will get back on its feet, although how exactly remains to be seen. All "dance-based"?

That's what it might take or "some new innovation" that springs out of somewhere. He also clarifies his 'falling knife' comment about the Harmonix sale.

"I think the music genre is going to recover," stated the EA boss. "I don't know exactly how. It could be based on some new innovation. Maybe it all becomes dance-based."

"When asked about it yesterday, what I said was Alex is a great developer, Harmonix is one of the great developers of all time," he said, referring to Harmonix co-founder Alex Rigopulos. His words come in defence of his comments that to buy Harmonix would be like trying to catch a falling knife - Riccitiello meant this about the current climate.

"They've got the leading dance product and maybe the leading game full stop on Kinect and the question was what investors might be thinking about it," he said. Harmonix released Dance Central for Kinect which has you bopping to tunes.

He meant that the "nervous investor would be worried about the decline in the music sector feeling like a falling knife. The only part of that conversation that got reported was the 'falling knife' part." Sensationalist journalism strikes again.

"Given the run up to it it's a little bit unfair condemnation of people I have a great deal of respect for. Harmonix is at least as responsible as any company on earth for the creation of a genre. There aren't that many times you can point to that level of innovation."

The EA big chief 'assumes' Harmonix will find a buyer, declining to comment specifically if his publishing house would buy the studio.