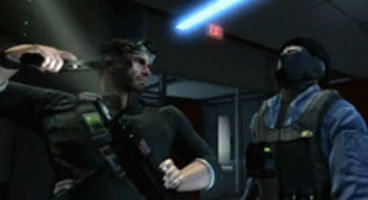 The upcoming Splinter Cell: Conviction is exclusive to Xbox 360 and PC, thanks to a deal reached with Microsoft says Ubisoft's Max Beland.

The Ubi Montreal dev has seen no work on a PS3 version, but future titles aren't locked to 360. Could do PS3 only next if it "makes people happy".

"I don't see why it wouldn't. I'm not involved in the business deals. I joined Splinter Cell after the exclusivity deal with Microsoft had already been signed, but there's no reason why Splinter Cell couldn't be on the PS3," said Beland, speaking with Edge.

"Conviction? No because of the exclusivity deal. I know people keep talking about maybe, maybe not," he continued, but "at Ubisoft Montreal I haven't seen anyone working on PS3 for Conviction." It could prove a timed exclusive deal though they're unlikely to say.

The next Splinter Cell "is open to new deals," noted Beland, bringing Ubi's previous claim that Sam Fisher and Xbox 360 have a "link of heart" into doubt.

"If Microsoft wants an exclusivity deal, they don't call me, it's Yves dealing with the business people. But yeah, I guess we could even be a PS3 exclusive if there's a deal that makes people happy there." When will fans see the next Splinter Cell game?

"This is a long-term vision, so I'm not telling you that yes, in a year you'll have another Splinter Cell, but right now the direction Yves gave us and where the company is going to go is, at one point, if the direction doesn't change, yes you're going to be seeing Splinter Cell games, just like Assassin's Creed games, just like anything else, released a little bit more often."