Harmonix "sure as hell hope" Kinect's Dance Central gets sequel 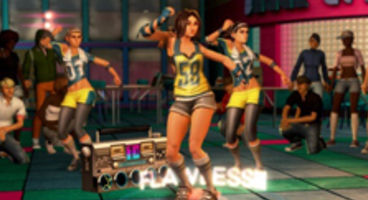 Kinect launch title Dance Central has "a lot of creative ambitions" piling up with developer Harmonix, so the studio hopes they can exercise them.

A sequel to Dance Central is already in "basic pre-production" but mostly they're focused on DLC. The team will wait and see what people liked.

“I think that Dance Central has an opportunity to spark a phenomenon, much like the original," boasted Harmonix boss Alex Rigopulos. "I sure as hell hope there will be a sequel. We certainly have a lot of creative ambitions for the future of Dance Central."

Let's hope it does better than Rock Band 3 which suffered very weak opening sales in the UK, hitting the chart at the 26th spot and selling under 8k copies.

“We’re looking at basic pre-production for Dance Central 2 but are mostly working on DLC right now," added project director Kasson Crooker. “We want to make sure people like Dance Central first. If that happens, we can look at what they enjoyed about that experience and decide if we want to offer an addition to it.”

Kinect retails on the 4th in the US and the 10th in Europe. Harmonix likely needs Dance Central to land big what with the decline of Rock Band, and having little else going for them. Dance Central is exclusive to Microsoft's Kinect motion platform.