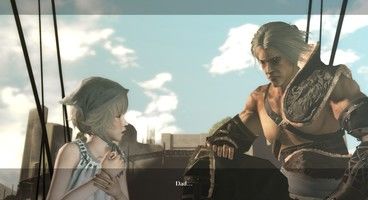 Square Enix has announced that NIER will have a global release on 23rd April 2010, for both Xbox 360 and PlayStation 3.

Nothing is as it seems in this latest action RPG game, set in a crumbling world plagued by disease and dark, unrecognisable creatures. Players assume the role of the unyielding protagonist, Nier, resolute in his quest to discover a cure for his daughter, infected with the Black Scrawl disease. With powerful allies and a mysterious book by his side, Nier encounters things that will confound even the most mighty warrior.

Armed with a powerful set of magical abilities as well as mighty swords and armour, Nier will do battle alongside a set of formidable allies against waves of dark enemies and giant bosses to discover the truth about the disease, his daughter…and himself.

Larry Sparks, Vice President Brands PAL Region of Square Enix Ltd. comments, “NIER fuses fast-paced action with a mature and mysterious narrative. The game sees a new direction for Square Enix and one that will appeal to action, adventure and RPG fans. We look forward to its release across PAL territories.”