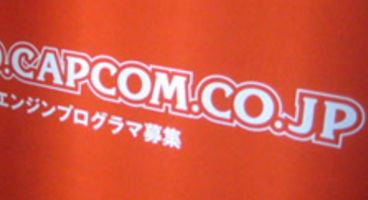 Haruhiro Tsujimoto of Capcom has said how they'll be less inclined to let Western devs handle new Capcom entries, but they do need them.

Bionic Commando "demonstrated the difficulty" of such projects. They're thinking up ways to "separate the roles" for studios in Japan and aboard.

"Our experience with Bionic Commando has demonstrated the difficulty of outsourcing the development of new titles to overseas companies," said Tsujimoto-san, reports Kotaku. They're still sore over the failure of Bionic Commando, developed by GRIN.

"Nevertheless, we cannot develop a sufficient number of titles without using the resources of these companies. This is why we plan to continue using these alliances." Dead Rising 2 is a collaboration between Japanese and Western developers.

"We are considering ways to separate the roles of activities in Japan and overseas. We plan to develop new titles primarily in Japan," he said.

"Overseas companies may be used mostly to develop titles for existing game series with well-established characters and universal themes. Overseas companies will also handle certain parts and/or lineups of such games." So we'll handle the sequels then?

Capcom made a big thing about reaching out to global development communities, only to seemingly admit it’s too annoying to deal with. Swedish studio GRIN has closed.