3 New WWE Games Over The Next 2 Years 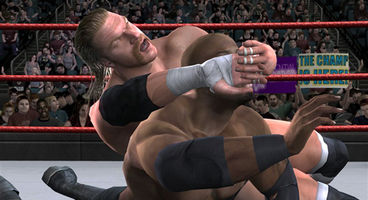 Speaking at the WWE shareholders meeting last week, Senior Vice-President of Consumer Products Chris Connelly mentioned how the software publisher (having recently renewed the contract they have with the wrestling giant), had presented "designs and plans for three new games over the next two years."

He also said that they were "just incredible, and we can't wait for them to hit the shelves."

When asked, THQ had nothing to say on the matter, but its possible that one of them could be the as of yet unannounced Smackdown vs Raw 2011. LordsofPain.net reported in February that Paul Bearer said he was working on the title.

We also asked THQ about SVR 2011 specifically, but all they said was to "stay tuned".