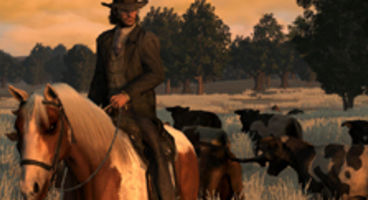 This Saturday at 11:25pm GMT on digital channel Five USA, the film called 'The Man from Blackwater' will air in the UK. It's a prequel treat.

What's more is that IGN say they'll have a special and exclusive extended cut of the project that they'll spread online from Monday, June 7th, at 9.00am PST. The short flick, directed by John Hillcoat, has already aired in the US and now it arrives in the UK.

It tells the story of what happened before Red Dead Redemption kicks-off.