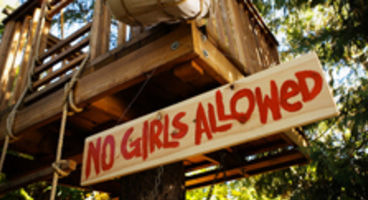 Former developers under Activision's mighty umbrella say the publisher relies too much on focus testing, leading to female characters shunned.

"Black Lotus was a great project internally," said a Gamasutra source. "We were all very proud of what we were trying to make and the team was excited. We made great progress." The project ending up evolving into today's True Crime: Hong Kong.

This was back in 2007 when Halo 3, Call of Duty: Modern Warfare, Assassin's Creed and Madden NFL were the top stars for Xbox 360 and PS3. Activision concluded that they didn't want to rock the boat by backing an unknown female lead say ex-devs.

"We were all on board, and then Activision killed it, said they don't do female characters because they don't sell."

"Activision gave us specific direction to lose the chick," commented another source. Rebranding Black Lotus was essentially 'pushed' onto the team they claim.

"Activision has no room for 'we are making an open-world game with a Hong Kong action movie feel with a female lead,' because that game doesn't exist right now," says a source.

"What they do have room for is, 'we are making an open-world game with a gangster main character who can steal cars and shoot people, but it will be in Hong Kong instead of Liberty City," they continued.

"If Activision does not see a female lead in the top five games that year, they will not have a female lead," says the other source. "And the people that don't want a female lead will look at games like Wet and Bayonetta and use them as 'statistics' to 'prove' that female leads don't move mass units."

Activision has responded to the claims of these former developers saying what they express of the publisher simply isn't true. "Activision respects the creative vision of its development teams," read a statement.

"The company does not have a policy of telling its studios what game content they can develop, nor has the company told any of its studios that they cannot develop games with female lead characters." They deny True Crime: Hong Kong's 'sex change'.

"With respect to True Crime: Hong Kong, Activision did not mandate the gender of the lead character," it says. "Like all other game and media companies, Activision uses market research in order to better understand what gamers are looking for."

True Crime: Hong Kong releases on Xbox 360, PS3 and PC later this year. How many games with female leads do you own, videogamer? Got Tomb Raider?