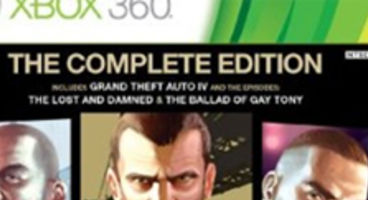 It includes GTA IV and the 2 DLC episodes. There's no mention of a PC version. The DLC already has its own bundle 'Episodes from Liberty City'.

Obviously this 'Complete Edition' is ideal for anyone who is yet to experience the latest outing from Rockstar North. The team is busy developing the next GTA and has said the game's script will likely rival a telephone book by the end.

The Lost and Damned and The Ballad of Gay Tony are the 2 DLC pieces that released and are available to be bought individually or as one in the 'Episodes of Liberty City' release which lets you play the new content without the original game present.

Amazon list both an Xbox 360 and a PS3 version but no PC. No word from Rockstar.