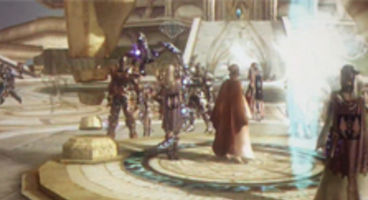 Oops. A North American server for NCsoft's Aion, Azphel to be precise, accidentally gave out over 34 trillion in-game currency to some players.

Naturally the economy went nuclear and NCsoft was forced to do something horrible. They committed to a server rollback, "as a last option".

"Earlier today we began to receive reports that a small number of players on the Azphel server had received over 30 trillion Kinah as part of a reward glitch," said NCsoft's community manager, reports Eurogamer.

"Since that time, we've brought down the Azphel server and have been working diligently to identify how to restore economic stability. We've made the decision to rollback the Azphel server data to 6:00am CST this morning and will continue to monitor all servers for related anomalies." The rollback obliterates legitimate character progression - ouch.

"It's important to understand that we saw the rollback as a last option and made every effort to avoid doing so... As an apology for the downtime, we'll be rewarding everyone on the Azphel server with five Lodas Amulets later this week."

Do you play Aion? Check out the trailer below for why you should, maybe.