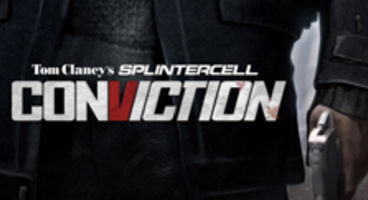 According to US retailer GameStop, Ubisoft's upcoming Splinter Cell: Conviction for Xbox 360 has multiplayer beta access for Ghost Recon.

The latest entry 'Future Soldier' will be open to owners of Conviction, as VIP passes are given out to Xbox 360 gamers. It's all on the discs.

This is identical to what Microsoft did with Crackdown, offering Halo 3 beta invites to those who snapped up the first wave of copies. Splinter Cell: Conviction releases on Xbox 360 April 16th in Europe, and on PC April 29th (which isn't DRM related say Ubi).

Ghost Recon: Future Soldier releases on Xbox 360, PS3 and PC this fall. The multiplayer beta program is exclusive to the Xbox 360 console, so don't forget that small fact.