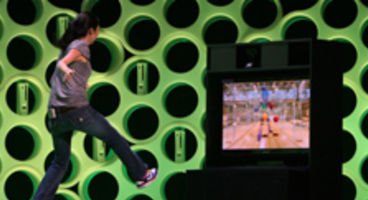 Publisher THQ won't be committing to Project Natal with a meaty "core game", until the motion-tech has proved itself worthy of avid gamers.

Danny Bilson says the experience isn't there yet, so it'll be a "couple of years". THQ's core title will use "every corner" of Natal's technology.

"I have some concepts and some ideas that use Natal in a core game in a really, really cool way," THQ core games VP Danny Bilson told CVG, in an interview. It won't be coming anytime soon though because they're remaining cautious with their money.

"The concept I have uses every corner of that tech and maybe in a couple of years we'll do it." A core Natal title? We all knew this day was coming ever since Microsoft made their super reveal at last year's E3 show. Let's all hope it doesn't embarrass.

"So there's core potential there but on the creative side I'm absolutely focused on core... so an idea I have for that, aside for the one that we have, is a big core game," he said.

"I think we have to wait a little bit just for the install base to justify spending a ton of money. Because my idea is a really expensive idea." THQ already has a Natal game arriving alongside the motion tech which Microsoft is "really excited about," said Bilson.

Looking forward to PlayStation Move and Project Natal from Sony and Microsoft?