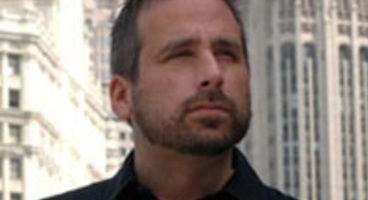 In a recent interview, Irrational Games' Ken Levine has criticised the games industry for being too obsessed with the film industry.

“I think there’ a sense in the entertainment fields that videogames are seen as the junior varsity,” Levine told Develop.

“There’s this feeling of ‘oh one day you can come up to our league’".

“And of course film directors can jump through the game industry’s open doors. Guillermo del Toro – who by the way is an amazing film director – recently signed a deal with THQ to make videogames. And I’m thinking… he’s never made a videogame."

Levine also revealed he turned down an offer to co-develop a game with "very talented" film director.

“I was offered the chance to make a game with a film director. A very talented film director. (The Hollywood execs said) they really liked what I was doing and wanted to share it – that this project with creative leads from both game and film – was going to be amazing."

“My feeling is, why? Why would any game designer want to do that? What’s the point of having two creative leads together, and why would I want a film director to help me make a game, any more than they would want me to help out with their films?”

Levine and Irrational Games is currently working on Bioshock: Infinite, the third instalment in the Bioshock series.