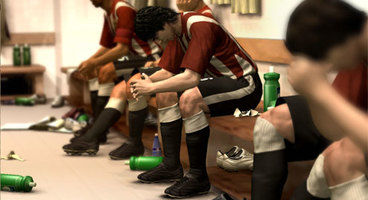 Speaking of filings, it seems Sony, Konami and EA have also been busy down at the US Patent & Trademark Office... I bet the queues were terrible.

Konami filed a trademark for "Adrenalin Misfits" on April 1. the application did carry a number of qualifiers to be expected from the new game, but no other information was available.

Electronic Arts planted its flag on "Pirates Ahoy," which seems to be a downloadable game of some kind.

As for Sony (specifically SCEA), the publisher has filed to trademark "Until Dawn", another online game of some kind. SCEA's parent company, Sony Corp., also did some filing, this time for the rights to "Road to Zero". However, that trademark would be from goods ranging from games to "saddle bags" to "apparatus and instruments for astronomy."