Yoshida: Final Fantasy XIV gets "classic monsters" from the series 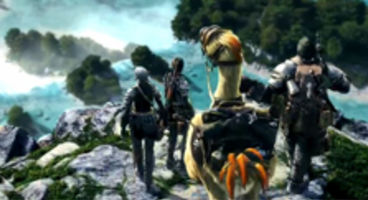 He reveals some will be "undergoing a makeover" from FFXI. They're learning a lot from Final Fantasy XI, and are "improving on its shortcomings".

Square Enix has so far said that five races will be playable in Final Fantasy XIV, which all share similarities to FFXI. The MMO is releasing on PS3 and PC later this year.

Yoshida-san told NVision magazine: "We are attempting to achieve a development process that takes full advantage of the know-how obtained from Final Fantasy XI while also improving on its shortcomings," revealing no direct link to FFXIII.

"Given the differences in the game worlds, there will be no direct transplants from FFXIII. However, players can expect to see some of the classic monsters from the Final Fantasy series making an appearance, a number of which will be undergoing a makeover from FFXI." The latest Final Fantasy MMO is already in the beta stage.

Have you been in the Final Fantasy MMO world before?