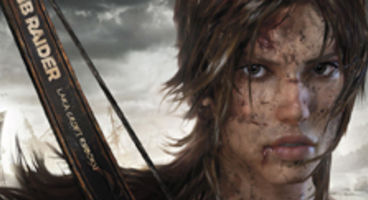 The latest issue of Game Informer magazine has been raided, like it was a tomb or something, for all the juicy info on Eidos' next Lara Croft.

We'll be playing a 21 year-old Lara who needs to scavenge for food and water on the island, which will have base camps for us to upgrade our gear.

While Crystal Dynamics won't reveal what weaponry we'll be using there are concepts of a pistol, shotgun and a bow. We won't have the luxury of lock on targeting anymore as it's free aiming all the way. This island appears to be a free-roam of sorts.

"I think that the major difference between this game and the old is the concept of smoke and mirrors," said Darrell Gallagher, Crystal Dynamics boss.

"There was an illusion of freedom because of streaming and loading that would pop you out in a different location, but this is absolutely real. You can literally go any direction that you see and carve your own way to the finish line instead of being guide."

Lara will be scavenging for essential supplies to survive, although she won't be entirely alone. "It was important in the game to not only deliver the character arc of Lara Croft emotionally, but to deliver it in gameplay as well so the player gets to grow into a hardened survivor," said director Noah Hughes. Areas unlock as we get more skilled.

The studio is using performance capture for Tomb Raider. Base camps will let us improve Lara's abilities and gear as well as let us fast-travel to other camps. The magazine also revealed we'll be seeing a brutal death or two - the kid gloves are off.

Tomb Raider releases on Xbox 360, PS3 and PC with no release date yet.