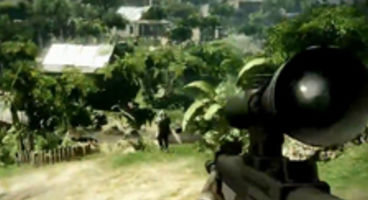 According to the ESRB summary, EA DICE's Bad Company 2's singleplayer has a trip down memory lane before arriving in the 'present'.

Specifically they say players "conduct missions" on an unknown Japanese Island "during World War II" before they move into "modern day".

"In single-player mode, players conduct missions on an unnamed Japanese island during World War II and then move into the modern day through jungles, deserts, and snowy terrain," blurbs the ESRB ratings summary, reports VideoGamer.com.

While not suggesting a flashback, it sounds like a series of objectives to get you quickly acclimated into Bad Company 2's modern setting. It releases on Xbox 360, PS3 and PC March 5. Check out the gameplay montage clip below.