Rumour-mill: Sony releasing "LBP2" this year, will reveal this week? 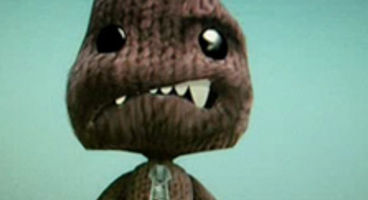 According to sources, Sony is unleashing something called "LBP2" this year. LittleBigPlanet developer Media Molecule is now part of Sony.

Whether this is then a full retail sequel or just some huge DLC remains unknown, but Sony have a press conference at this week's GDC.

VG247 claim their source "was cast iron on a 2010 ship." The buyout of Media Molecule was completed recently, making them a first-party studio. Last year level designer Danny Leaver of the developer said a sequel it something they'd "never want to do."

In fact Leaver said it would be "the most counter-productive thing you could do, I think." It would be like Blizzard releasing World of Warcraft 2, it would only serve to hurt their own gamer base and not increase it as fans get torn between them.

“I think what you’ve seen so far from LittleBigPlanet, that’s the way it’s going to continue. We have a lot of stuff coming out, especially next year,” added LBP producer Martin Lynagh in that same interview last year.

That means then that this 'LBP2' is mostly like some big premium DLC piece. Are you a fan of the Sackboy and Sackgirl universe from Media Molecule?