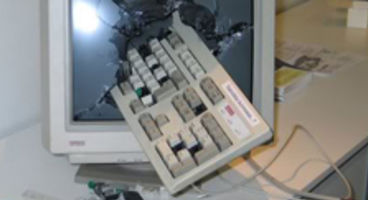 This could mean a PC version will arrive in fiscal 2012, or that EA has decided to abandon the PC version. It retails January-March 2011.

When the sequel was announced in December, EA stated it was coming to Xbox 360, PS3 and PC. Visceral Games' hard horror work, with more focus on action than terror this time, will now release sometime from January to March 2011.