God of War III cost $44m to develop, was working on an epilogue 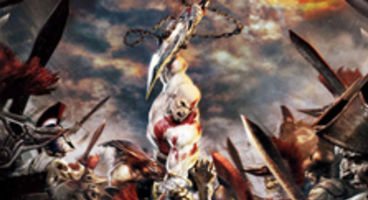 Senior producer Steve Caterson reveals they had an epilogue planned, but it "just didn't get done" and so it was cut, teasing"...maybe later!"

Speaking with Giant Bomb, product development director John Hight said: "We are stamping discs now, so we're effectively done. Just got a couple of countries that we're finishing up on this week and we spent $44 million to make God of War III."

"Believe it or not, that's right within budget," he added. A lot of that was invested in growing out the development team, which was four times the size of the original game.

"We finished up God of War II with roughly 60 people which was more than double God of War I and now we've finished off God of War III with 132 people," Hight said, adding: "The biggest area that we grew was graphics on the art side." Lots of pretty things.

As for any cut game content come Kratos' deadline, senior producer Steve Caterson revealed to GameTrailers: "Probably the hardest cut was we had a whole kind of epilogue at the end planned that we just never got...just didn't get...maybe later!"

Sounds like some future DLC... which is always a touch sore for gamers who feel they have to pay for stuff that should have been in anyway. Developer BioWare and EA have the right idea, releasing loads of new goodies for free like with Mass Effect 2.

Are you super looking forward to March 19th for PS3 exclusive God of War III?