Feder swears Take-Two 'not the GTA company', a lot more on offer 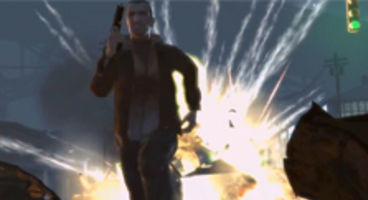 Take-Two CEO Ben Feder insists the publisher is more than Rockstar Games' Grand Theft Auto series, of which they're "very proud of" naturally.

They're always releasing new IP they could develop into franchises. In 2006 it was Bully, in '07 it was BioShock. Last year was Borderlands.

"We’re very proud of Grand Theft Auto,” Feder told MCV. “The franchise is second to none and we’re very fortunate to have it." Grand Theft Auto IV reportedly cost around $100m to develop by the end of its project lifetime - one of the largest ever budgets.

"While we’re often seen as the ‘GTA company’, the truth is that most big publishers have one or two flagship franchises that drive a meaningful portion of their revenue. We actually believe that relative to the rest of the industry we have great depth in the quality of our IP."

"We have 15 owned franchises in addition to GTA that have each sold over a million units. Every year we’ve launched new IP that we can develop into a franchise," he said.

Do you see Take-Two as more than just Grand Theft Auto?