GameStop: Kinect as "winner" for Holiday 2010, ahead of forecasts 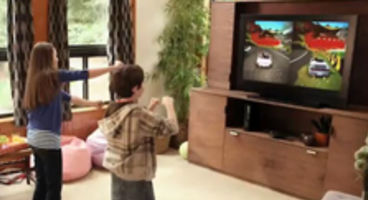 US retailer GameStop has high hopes for Microsoft's Kinect as exec Bob McKenzie says they're "very happy" with sell through, and "exceeded" forecasts.

PlayStation Move's sports bundle is a "great option," says McKenzie but Kinect is "more geared" for his family. Kinect looks to be "the winner of the two".

GameStop senior VP of merchandising and marketing Bob McKenzie was asked who looked to be the frontrunner for this Christmas? "I'd say right now Microsoft's Kinect is looking to be the winner of the two for us," he replied. "We're very happy with the sell through over the weekend. It has met our expectations and actually exceeded our initial forecasts."

"I do have them both obviously and the Move sports bundle is a great option," he said, "but I knew for my family – with an eight-year-old daughter and ten-year-old boy – that Kinect was really going to be the thing that was more geared towards my household."

Microsoft are predicting they'll manage to shift 3 million Kinect units this Holiday at least with their most hopeful target being 5 million. The exceptional demand for the controller-free motion tech is what has them all giddy in the accounts department.

So far Sony's PlayStation Move has sold 2.5 million around the world having just enjoyed another month ahead of their rival's motion tech launch. Kinect went on sale last week November 4th in North America, and it retails in the UK and Europe tomorrow.