10 May 2010 | By Jamie Davey
Sony Computer Entertainment Europe has officially confirmed that it's working on LittleBigPlanet 2 for the PlayStation 3. Developed by Media Molecule, Sackboy returns in LittleBigPlanet 2 with a revamped graphics engine projecting stunning visuals, a new storyline and enhanced gameplay mechanics providing improved control and customization.

Since the launch of LBP2 in 2008, over 2 million levels have been created by fans, and uploaded to share with the rest of the community on the PlayStation Network. But don't worry about having to recreate these for LBP2, as it'll have backwards-compatibility, so all your creations can be ported over. 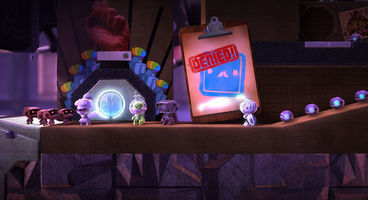 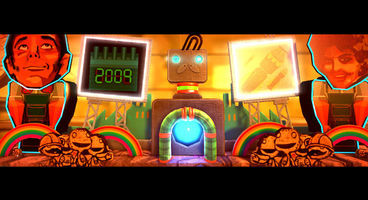 LittleBigPlanet 2 begins with a brand-new, epic story adventure, where your quest is to save the LittleBigPlanet itself. On your journey you visit new places and meet wonderful characters as you run, bounce, swing and even grapple-hook your way to success. And then it gets really imaginative – in LittleBigPlanet 2, you can create not just levels, but whole new games. Racing games, shooters, platform challenges... cookery simulators even; if you can imagine it, you’ll be able to make it. Sackboy’s new set of simple but wonderfully powerful tools lets you create contraptions whose behaviour you can control, and populate new landscapes with Sackbots – automated characters who can help or hinder players. You can make intelligent machines, vehicles and puzzles, create cinematic cutscenes, and reassign the game’s controls to control any element of what you’ve made. Then, when you’re all out of imagination, you can take a break from creating to go and play what gamers around the world have been busy creating. Right now, no one knows what that will look like. If last time was anything to go by, though, it’s going to be amazing.

There's no date for LittleBigPlanet 2 yet, but we hope to hear more at E3.