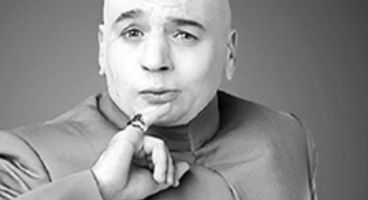 Publishers tell dirty lies, grab all the money they can from us and are led by mankind's most evil of heart - yes, John Riccitiello acknowledges it.

The EA boss knows people believe they're being "disingenuous" behind Online Pass, and says it's "incumbent" on EA to "prove the value" to us.

The Online Pass system will charge second-hand consumers $10 to access the EA game's online features, much like their Project Ten Dollar does for bonus content. First-hand buyers needn't worry though as they get an Online Pass code included.

"...it’s a well orchestrated plan with us and our retail partners because we think it makes sense. Look, I think what can happen in the game industry is there’s some small number of people that carry a cynicism about publishers in general, and they’re always going to," EA CEO Riccitiello tells IndustryGamers in an interview.

The problem is some don't seem to understand exactly how this system operates, or that publishers don't see a dime from second-hand game sales - all that profit goes into the retailer’s pocket. EA simply want to recoup sales from the used market.

The cynics, "they’re dedicated to our industry and they want to see us do all the best things for them. But our business is moving. Ten years ago, five years ago, we’d gold master a game, the dev team would move on to something else and no one was there."

Today is a very different story as studios use data they collect to help develop post-release content or provide ongoing support. "I mean the project is only half done when we ship it. It keeps going. We’re selling services," explained Riccitiello.

"And we’re going to continue to experiment with smart models to support the heavy, heavy use that people are giving our games, not for two weeks like they used to be, but for a year or more post-release. And you know, the fact we’re providing a service you can expect ongoing evolution of the business model in ways that best support that service."

"...it's incumbent on us to prove the value, and that’s what we're going to do this year in spades. We’re going to prove that what we say is not disingenuous. I get that you can believe that it is. I mean look, we’re in a political hot season in California. You turn on the news, tell me who’s not lying to you."

"But it always feels like what we're choosing to believe what we hear from authority is a shading of the truth. The fact is here it’s not. We did this because we’re evolving a service," he continued. For the second-hand buyers who've just discovered Online Pass: "We’re going to prove to you that that ten dollars is exceptionally well spent."

Do you think that Online Pass is a fair way for EA to cover the cost of servers and ongoing support from the second-hand games market?