Valve: Team Fortress 2 on Xbox 360 "a total failure" for updates 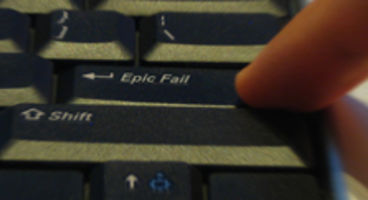 Erik Johnson of studio Valve admits that the Xbox 360 version of Team Fortress 2 is a "total failure" because of the "lack of updates" its received.

Gabe Newell said they reckoned something "would emerge" to address the 'rules in place' about console updates. Remains "such a train wreck" .

"The lack of updates on the 360 for TF2 is... a total failure," admitted project manager Erik Johnson. Microsoft resists all attempts at giving away free updates to games over Xbox Live because they want to be making profit from all digital content releases (DLC).

"Those are the ones that sting the worst because... it got all the way through to customers. It's like a bug. If you fix a bug before it ever ships, it's pretty cheap. If you ship it and then fix it, it's really expensive. Those ones are really bad."

Valve boss Gabe Newell adds: "We thought that there would be something that would emerge, because we figured it was a sort of untenable... 'Oh yeah, we understand that these are the rules now, but it's such a train wreck that something will have to change.'"

"We did kind of blindly go off and build... you know what we've done in TF2 because you've played TF2, right? We built a lot of things. So there is this business issue of how do you keep delivering software, which we did kind of think we could resolve in some way."

"Market forces are dictating it should be resolved. But then memory's a problem for us now - we've added all these things, so you have to consider those budgets at this point." Numerous updates have hit PC Team Fortress 2 completely free.

"I mean it's a trade-off," continued Johnson. "I don't know how to evaluate that trade-off today. TF2 on the PC side has delivered a huge amount of value, but we've screwed up on the other side." Is it time Microsoft stopped demanding MSP for everything?