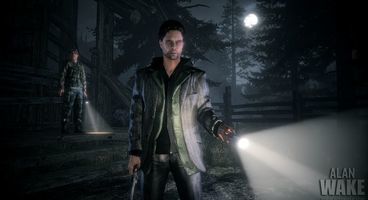 Update: Microsoft has revealed an exact date for Alan Wake, that's 18th May in US and 21st May in Europe.

Here's a little bit more information from Nelson too:

"Alan Wake will launch May 18 in North America and May 21 in Europe. Players can pre-order the title to receive the Bright Falls Bonus Pack, which includes exclusive content like Avatar gear, an Xbox LIVE theme, and a “making of” video."

Microsoft has confirmed that Alan Wake will release in May 2010 for Xbox 360.

The release date was revealed via a new trailer shown at the X10 event in San Francisco, which you can see below.

More news when we have it.