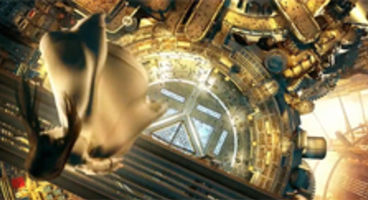 Japanese RPG 'Resonance of Fate' from Star Ocean developer tri-Ace is out late next month in Europe, for Xbox 360 and PlayStation 3.

It's picked up pretty good scores in Japan already, under the name 'End of Eternity'. It's a steampunk world with dark secrets to discover.

"Civilization on earth has long been forgotten with the previously lush world now a burned out remnant of its former self. Originally built as an experimental life support system, Basel is now the only place on Earth where mankind can sustain their lives," blurbs the plot.

You play as Vasheron, Zephyr and Leanne who must "seek out and complete quests for their clients leading them on a journey that will reveal the truth of Basel."

Resonance of Fate releases on Xbox 360 and PS3 March 26th. See the trailer.