Aragorn's Quest is coming to PlayStation 3, has full Move support 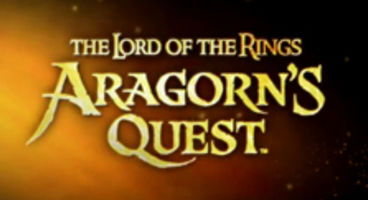 The Lord of the Rings: Aragorn's Quest has been confirmed by Warner Bros to be heading for the PS3, supporting the new motion controller.

It will launch the same time as PlayStation Move, with co-op play included. Gamers relive his most dangerous battles with full gesture control.

Who said The Lord of the Ring's franchise had been milked dry? Along comes Aragorn's Quest to prove that more can be extracted thanks to the motion controllers of both Nintendo Wii and Sony's new PlayStation Move.

Co-op gameplay teams up Aragorn with Gandalf as both players can sue their respective motion controllers. Every gesture can control a weapon which includes sword, bow and even horseback. It's all enhanced for PS3 with specially built visuals and mechanics.

The Lord of the Rings: Aragorn's Quest releases on PS3 this autumn - PS2, PSP, Wii and DS this April 13th. See the Nintendo Wii trailer below for an idea on what awaits.