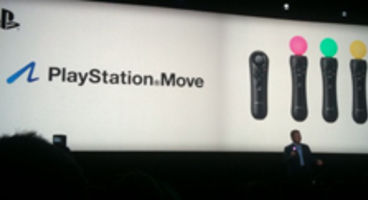 Sony has listed all third-party studios that are working away on titles that use or support PlayStation Move, which is due out this autumn.

SCE Worldwide's Shuhei Yoshida reveals they "looked at many different technologies" before settling with Move, creating many prototypes.

Yoshida-san made the revelation, which comes as no real surprise, after Sony confirmed the final name for the motion controller: "We looked at many different technologies before we settled with the vision-based combination with inertial sensors.”

“We looked at pros and cons, we created prototype games using some other technical systems,” he continued, reports VG247. They're overjoyed to have it public.

“We’re excited to have this system this year. Last Christmas, we felt like we were able to shift to the right price point for PS3, and we feel we’re ready to target a broader audience, and this is perfect timing,” added Yoshida-san. Sony named some new IPs for Move.

As for who'll be locking away their employees until they come up with something great for PlayStation Move? Sony has named their third-party collaborators:

Tecmo Koei is for some reason listed separately as Tecmo and Koei, which is either Sony being a bit sly or they really enjoy being seen as separate development studios. Any of your favourite teams make the PlayStation Move list, videogamer?