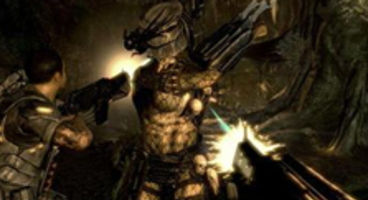 Aliens vs Predator developer Rebellion has very unhappy ex-employees at their former Derby studio, with accusations of 'no pay' flying high.

They haven't received April's pay packet, nor have redundancy monies gone out allege the ex-Derby staff. Rebellion trying to "get out of paying".

Sources among the left over Rebellion Derby staff have told Develop that they've been sent home only to discover no wages for April were deposited. They also fear that redundancy pay will be held back as well, despite over 20 years in the company.

"What I understand from the guys left in Derby - there are about 5 of them I think - is that they were told to go home, still with no explanation of what was happening with the money they are owed," said one ex-Derby dev.

The Oxford offices of Rebellion appear not to be suffering the same treatment. "From speaking to contacts in the Oxford office,” said another source, “including people made recently redundant from the Oxford office, they have all be paid up to date, and didn't know anything about the issues with Derby.”

"As far as know they’ve had no contact from Rebellion management in Oxford, only the receptionist has called them, saying there are 'money issues' and its 'trying to be sorted', but refuses to email any details as she has been told not to.”

Apparently the lease for the Derby studio expires in October and it must be returned in the condition it was given, which will be real expensive as they've "knocked down a lot of walls making it open plan."

"So that coupled with the fact that Derby is registered as a separate company from Rebellion Oxford, and that the people left over have the most expensive redundancy payouts, has made people think that they will probably file for bankruptcy for Rebellion Derby Ltd,” continued the source.

Another, an ex-devs wife, says: "Rebellion are claiming ‘financial difficulties’ as the reason for non-payment of wages and redundancy packages, but this has all been done verbally, over the phone, and are refusing to send anything out in writing."

“The feeling amongst those who have been left is that it looks like they will be putting the studio into liquidation in order to get out of paying the packages that they have agreed.”

So far there has been no official response from developer Rebellion.