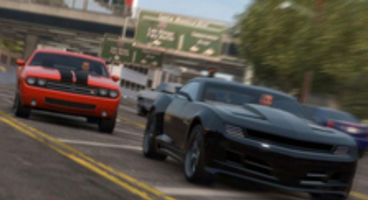 Sources from within Rockstar San Diego have shed some light on Midnight Clubs future, or lack thereof. Some "major people quit" in '09.

It has thrown the franchise into a tailspin. New York management gives 'unrealistic' release demands, with their staff "feared" by San Diego.

"Jay Panek and Mark Garone, people who were at the company for over 10 years, were fired in 2009 after the completion of Midnight Club: LA ... other major people quit, as they lost hope in the company after the handling of MC:LA and didn't want to work on Red Dead Redemption," a source told Joystiq, asked what's happening.

An open letter has been posted over at Gamasutra, signed by 'Determined Devoted Wives of Rockstar San Diego employees' who decry the horrible working environment.

"The management slowly dismantled the MC team for reasons unknown to most," added another insider source. The next Midnight Club went from 'sure' to 'sure, but outsourced, before hitting 'nah not gonna happen'.

"At first, the team was told there was going to be another. That lasted a few months until the team was told, 'Well, we're going to do another, but it will be all outsourced ... but there will be a core team of 5 - 15 people at RSSD working on it.'"

"Then, after a while longer, it was just not going to happen at all. Rumors abound about what will happen to Midnight Club, but Take-Two want something soon because it was the second highest money maker for Rockstar," they said.

Rockstar New York is a tyrant by the account of these same sources. "New York management not giving us realistic release schedules", and a prime reason why Midnight Club has hit big trouble.

"Anyone from the New York office is feared, because people in the San Diego office know that they are unstable and needy ... in other words, if a comment comes from a person from New York, it's a mandate that needs to be immediately addressed regardless of previous priorities." So far there's been no word from Rockstar Games.