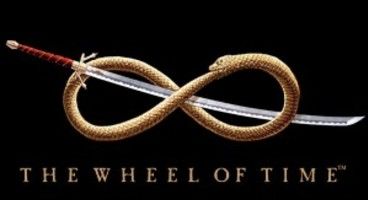 Red Eagle Games and Obsidian Entertainment today announced that it's formed an agreement to create new video games based on Robert Jordan's fantasy series, The Wheel of Time for PC, Xbox 360 and PlayStation 3.

When released, the game will be available at most retail channels around the world by the Company's distribution partner, Electronic Arts. Red Eagle Games' principals Rick Selvage and Larry Mondragon are also producing a live-action motion picture based upon The Wheel of Time for Universal Pictures through their production company, Red Eagle Entertainment.

"Although Red Eagle Games is both a game producer and publisher, as a new company, we quickly recognized that we could benefit from supplementing small in-house technical and creative teams with a proven third party developer," said Larry Mondragon, Chief Operating Officer of Red Eagle Games. "Our alliance with Obsidian Entertainment is a perfect fit and will greatly improve the quality, cost and time-to-market for the first-generation of our Wheel of Time games."

"The Wheel of Time is one of the greatest and well-received fantasy series of all time," said Chris Avellone, Chief Creative Officer of Obsidian Entertainment. "Games set in Robert Jordan's universe have the chance to deliver on the epic storylines and the complex characters that the series is known for - and this is one of Obsidian's strengths. It's a natural fit."

Obsidian Entertainment are also working on the next Fallout title, Fallout: New Vegas.