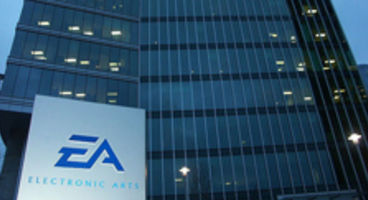 Jason West and Vince Zampella, fired from Infinity Ward by Activision, have started up a brand new studio and inked a deal with rival EA.

Respawn Entertainment will have all its publishing and distribution handled by EA Partners. It "marks a fresh start" and they'll own IP "they create".

Well we all saw something like this coming, especially Acti, who cited this kind of thing as the reason they fired the two "insubordinate" studio heads in the first place. Respawn is now the latest chum with EA's Partnership program.

"Respawn Entertainment marks a fresh start for Jason and me," said Zampella, who acts as managing director of Respawn.

"For the past decade we led a great development team and poured our hearts into creating an epic game franchise. We're very proud of what we built - and proud that so many millions of fans enjoyed those games."

"Today we hope to do it all over again -- open a new studio, hire a great team, and create brand new games with a new partner, EA."

"We're excited. Now that the team is in control of the games and brands, we can ensure that the fans are treated as well as they deserve," West added, which is a dig at Acti.

Naturally EA are beside themselves with joy. "This is the start of a great publishing partnership - one that I expect will develop blockbuster game franchises," said EA Games Label president Frank Gibeau, reports CVG.

"Jason and Vince are two of the top creative leaders in the entertainment industry. At EA, we're honored to be their partners and to give them the support they need to hire a team and return to making incredible games."

Presently Zampella and West are suing Activision for $36m in unpaid royalties and for control of the Modern Warfare franchise. The publisher say the ex-Infinity duo are holding the blockbuster IP "hostage" to get what they want.