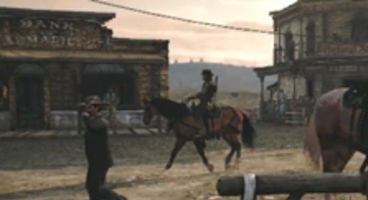 According to more sources from Rockstar San Diego, Red Dead Redemption has been having some trouble, no thanks to "horrible" higher ups.

Management in fear of "disrespecting" Rockstar New York has caused the development time to be so long, and they're not expecting profit.

The Red Dead Redemption project is more about seeing if the San Diego team has the stuff to make "a great quality AAA title," than it is about making tons of cash off it.

The title "has been in production for six years (mainly because of horrible management/lack of direction due to fear of disrespecting Rockstar NY) and it will never get the money back in sales it cost to create for those six years," a source told Joystiq.

"It will take 5 million sales at full price to recoup the development costs of Red Dead. The good news is they are not expecting to make money with Red Dead Redemption. At this point, that project is just supposed to prove that the San Diego studio can make a great quality AAA title," another source revealed.

Why so many 'sources' from San Diego? Well it all started with that open letter about an extremely stressful work environment for developers at the Rockstar studio - how management rule by fear and deception.

Red Dead Redemption is releasing on Xbox 360 and PS3 April 27th this year.