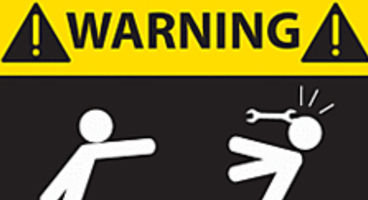 Not one to wait until a customer decides to sue them, retailer GAME has already started issuing warning stickers to second-hand game copies.

These apply only to those that promise free DLC when the game is purchased. EA's Project Ten Dollar offers bonus content for first-hand sales.

In case you don't know why this has started it's because a US customer has brought legal action against retailer GameStop for selling him second-hand copies of EA and BioWare’s Dragon Age: Origins, only for him then to be without free DLC.

EA likes to give incentives to pre-order or first-hand sales of their games by giving away in-box codes to access DLC for free. Second-hand copies though will need to spend some money to get a hold of the content. GAME is playing it safe by issuing stickers now.

"We have been developing a policy for notifying customers at the point of purchase which was implemented last week in-store," a spokesperson for GAME told MCV.

"Pre-owned copies of applicable titles have stickers on them saying 'check with staff for availability of downloadable content', giving staff the chance to explain clearly the difference so that our customers understand the benefits of buying both pre-owned and mint."