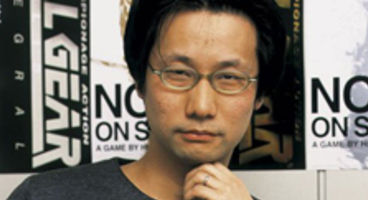 Hideo Kojima admits his mind has started to wander onto his next project, despite attempts to stay focused with Metal Gear Solid: Peace Walker.

The boss says he thinks on his next project "without noticing," and has even started "unconsciously smiling" with glee. Poor Kojima-san.

"I still have loads of work for PW, but my mind is in 'The Next Title Mode,'" twittered the Japanese legend, Hideo Kojima, reports Eurogamer. "This is bad. I have to get my mind set on PW. I think about it without noticing, obsessing over it, unconsciously smiling and getting excited. Once again, thinking about 'The Next Title.'"

Before his admission of 'wandering mind syndrome', Kojima-san also twittered some more specifics on exactly what he's been thinking about for his next big undertaking.

"I'm pondering over the next project's voice cast. I still do not have the details embedded, but everything is running simultaneously in my head," he posted.

"The title, game design, story, characters, setting, mechs, casting, direction of the graphics, sound, beginning & ending, and key story sequences. It all moulds together naturally in my head." What a head that man has - it thought up Metal Gear after all.