Bungie builds games "we want to play," not reactionary to critics 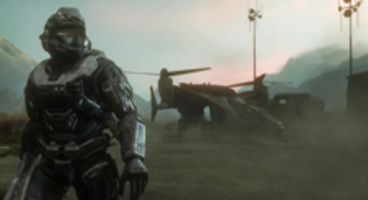 While Halo: Reach maybe scoring critical acclaim around the world, developer Bungie says they don't get "hung up" on reviews - build what they want.

The team of course read what others say, whether on fan forums or media sites, but they don't let it restrict them. Games are a "subjective choice".

"Like anyone, we read what people on the internet say about our games, whether it's a fan forum or a media site," said Bungie's community director, Brian Jarrard.

"We ultimately build games that we want to play, games that we hope our fans will enjoy, we don't get hung up on critics or try to develop titles with reviewers in mind."

"At the end of the day we hope the world enjoys our games as much as we do but ultimately it's a personal and subjective choice and each person is entitled to their own opinion."

"It's hard to put too much stock in a formal review because it's so hard to really know that person's point of view and perspective and motivations for awarding a score," he added. This latest instalment from Bungie to the Halo series, also their last, has been getting a steady stream of very high scores from critics - not bad for their Halo swansong.

Bungie are now free from Microsoft Game Studios and are in a 10-year publishing deal with Activision. They want to create a whole new universe away from Master Chief. Have you been one of the lucky few who have landed an earlier copy of Halo: Reach?