Jon Shafer: PC Gaming is "moving towards a central service" 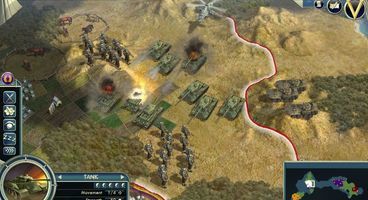 Speaking to Strategy Informer last week, he mused that this was mainly due to the matter of "convenience".

This view is also shared by Lead Art Director Dorian Newcomb, who thinks that publisher-owned digital services only "make sense" for PC publishers:

"When you have a larger market that involves consoles, it doesn't make as much sense," he said.

"As a consumer, one of the things that I like about Steam which we are shipping out on, I like the fact that I can go there and get a lot of games. But for every service I have to sign up for, each one feels less appealing."

Civilization V was announced to be shipping with Steamworks back in May. When asked whether Steam should be this 'central service' by virtue of simply being first, Shafer said whilst nothing is perfect, Valve are in a really good position:

"I think it's a combination of being first, and going through the growing pains of improving the service. I think it's similar to how Blizzard have approached the MMO market - they are to the point where WoW is so polished, so big and so amazing it's hard to break into that because they've had the benefit of 6 years of time and 6 years of experience."

You can read the rest of the Interview HERE.

Civilization V is due out on PC on September 21st in North America, and September 24th in Europe.