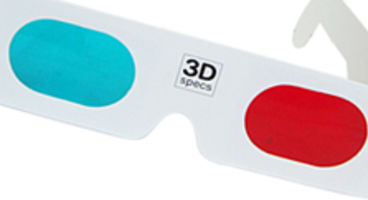 The third dimension is seeing something of a renaissance among media consumers, with more and more films churning out in support of it.

Gaming too is following suit, albeit more slowly. Xbox 360 is "fully 3D capable" but Microsoft are "unsure" of the 'interest level' at the moment.

Microsoft's Aaron Greenberg declared during CES this year that "as consumer interest for 3D grows, we'll grow with it." Right now it still feels way too gimmicky and tacky.

"From the technical standpoint, we are fully 3D capable. We have 3D games running today," he said, reports CVG. "I think right now we're unsure what level of interest there is from consumers to really want a 3D experience in the living room."

"Many, many years from now when it becomes a reality, we absolutely can support it, we do support it today. If developers want to make more 3D games, they can." Of course we simple minded consumers need to get to grips with Natal first.

"I think 3D is a great experience in the theatre and I thought Avatar was fantastic, but there's a lot of challenges about 3D in the living room," he said.

"I don't know about you, but when I play games or watch TV, I've got my phone, I've got all kinds of things going on. I get up, I get down, I'm looking outside at the weather and it's...I'm not in a dark theatre, wearing glasses, staring at a screen. I think it's just a different environment." The PC market already welcomes 3D gaming from Nvidia.

The problem for us gamers is that while the consoles may get some firmware upgrade to support all this fancy 3D-ness, our TVs likely need to be replaced, unless we want a rubbish experience. Have you played some titles in 3D yet, videogamer?