Capcom talk Dead Rising 2 multiplayer, "look at it as a party game" 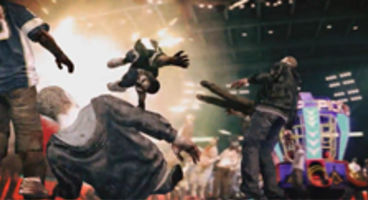 Canadian studio Blue Castle Games and Capcom are both on Dead Rising 2, and say how you can 'just have fun' with zombies if you want.

Thanks to the addition of multiplayer you can think of it as "a party game", to just pick up and have some fun with friends. Zombies are your toys.

"It's certainly a game you can pick up a game and have fun. If you're into the story then it allows you to go with it, but if you just want to have fun with the zombies, you can have fun with that," producer Shinsaku Ohara told CVG in an interview.

"We have multiplayer, so you could look at it as a party game. It's just a fun game to pick up. There are so many things you can do with the zombies." Dead Rising 2 releases on Xbox 360, PS3 and PC later this year. Check out the multiplayer trailer below.