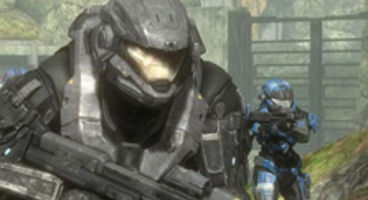 Developer Bungie is moving on now that Halo: Reach is out the door and first thing they want is all-new engine technology for their next project.

This new engine is still at the end of "pre-production mode," but now Reach is done the team's "full weight" is behind this new tech engine.

“I think it goes hand-in-hand with our independent spirit,” commented Bungie's Brian Jarrard, talking about their new tech engine plans for whatever they've got cooking as part of the 10-year publishing deal with Activision.

“Just like we don’t want to develop a game off someone else’s IP, we want to push our own technology in the same way. That’s going to be our position for the foreseeable future.” The tech used with the Halo games now likely resides with Microsoft's 343 Industries.

This new engine is "actually in development, so I would say it’s in a stage where, technically we’re still at the end of a pre-production mode,” added Jarrard. "But now that Reach is done the full weight of our team is rolling into the project. Real work is underway.”

Halo: Reach releases exclusively on Xbox 360 today around the world. Bungie's future games won't be tied to just Microsoft's platform as the PS3 and PC open up to them.