GoldenEye remake "all about the Wii" 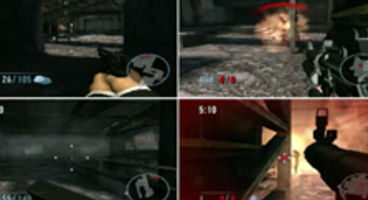 The Nintendo Wii remake of the classic Nintendo 64 GoldenEye looks to be the only new era console version, at least that's what Activision hint.

The team acknowledge "things happen," but they've no inclination to make something for XBLA or PSN. It's "been built" for Wii by studio Eurocom.

"We would really hope that everyone who wants to play it will go and play it this year," said executive producer Julian Widdows of Activision. "We've spent so much time and effort, personal time and effort... you know, kids have been born! There's a list of GoldenEye babies somewhere! This is the console we've made it for."

Frankly it's odd they've decided to pass over Xbox Live Arcade and the PlayStation Network given their enormous user-base and the rise in classics brought 'up to code' with HD goodness, and how well they can sell digitally on both platforms.

"Never say never!" he said. Eurocom is developing GoldenEye for the Wii, and it was recently showcased next to Bizarre Creations' 007 action title Bloodstone.

Do you hope Activision comes to their senses and goes HD with GoldenEye?