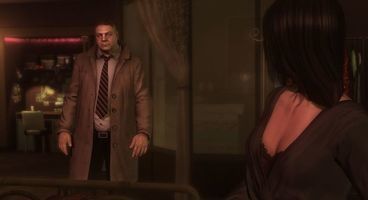 Sony Computer Entertainment has revealed that Heavy Rain Move Edition will be released in the UK on 8th October, 2010. Here's the full list of release dates provided:

Don't worry if you already own Heavy Rain, you won't need to download it again. A free patch will be released on 22nd September, which will update the game with Move support. There's also going to be a demo available from the PlayStation Store on 15th September.