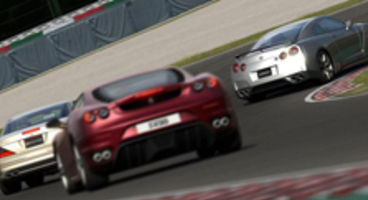 Shock is not something that applies here as once again Gran Turismo 5 gets pushed back, this time until "before Christmas" reveals Kazunori Yamauchi.

Creator Yamauchi-san says it's for "ironing the kinks out" of Gran Turismo 5's "complex system." Still another delay is "inexcusable" admits the developer.

"Apologies for the delay," twittered Polyphony Digital's Kazunori Yamauchi. "It's because time and labor were spent ironing the kinks" out of GT5's "complex system. I'm really sorry. Everyone, it's inexcusable... Wait a little longer." It was due November 2nd.

"We are sorry to say that Gran Turismo 5 will not be available on the previously announced release date of November 3rd, but the game will be released before Christmas," said SCEE. "We are confident that this ambitious game will exceed expectations when it launches later this year. We'll have more information for you in the near future."

According to Sony Japan it was "production issues" that led to the slip. Gran Turismo 5 releases exclusively on PS3 when hell freezes over sometime in the future.