14 December 2010 | By Jonah A. Falcon
You've just survived 2010. Your wallet has taken a beating from being practically forced to buy titles for your machine out of pure awesomeness. Halo: Reach, Battlefield: Bad Company 2, Assassin's Creed: Brotherhood, Heavy Rain, Call of Duty: Black Ops, Mass Effect 2, Starcraft II, Bayonetta, Red Dead Redemption, God of War III, BioShock 2, Medal of Honor, and the list continues - and that didn't even include the price you paid if you wanted to get the Rock Band 3 keyboard, Kinect or the PlayStation Move.

Now we come to the next chapter of our feature, and now some of the platform exclusive titles come into play, including some of the system sellers that gamers have been waiting for years to play.

Without further ado, here is Part II of 2011: The Year to Come In Games. 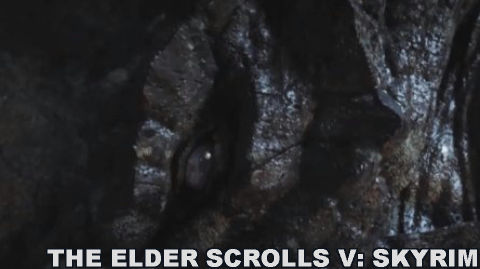 There were few surprises at the Spike TV Videogame Awards, and The Elder Scrolls V: Skyrim should not have been one. Oblivion had been growing long in the tooth, having been released back in 2008, and a fifth chapter in the series was due. Gamebryo has been ditched, and it's expected that the engine will be the id Tech 5 engine that was shown off in trailers for Rage - the game ought to look quite amazing.

The only information revealed in the teaser was the subtitle: Skyrim. In the game, Skyrim is a cold and mountainous region far to the north of Tamriel. The human population there are the Viking-like Nords. The trailer promises dragons, which are a part of the region, but another threat comes in the form of the malevolent priestess of Lorkhan, Jsashe, a leader of the local witches coven. Nevertheless, gamers should be excited to finally return to the world of The Elder Scrolls on November 11, 2011. 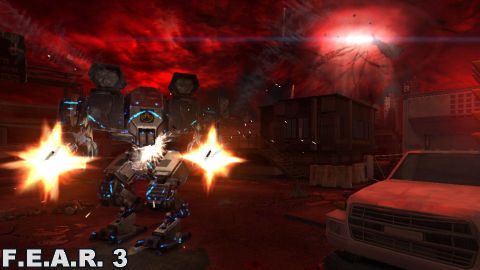 Monolith's F.E.A.R. became one of the scariest first person shooters since System Shock 2. Inspired by such films as The Ring, the game put the player in the role of Point Man, a mysterious member of the First Encounter Assault Recon team. The story that unraveled over the course of two games revealed a tale of grotesque science, pain and the revenge of the child-mother Alma.

F.E.A.R. 3 takes the interesting tack of splitting the protagonist duties between the Point Man and Paxton Fettel, the original antagonist. It seems that Alma has grown into a woman, but her anger and bitter revenge has not abated. The game promises the same terrifying gameplay featuring devious enemy AI. Only the brave will be playing this game with the lights off when it's released March 22, 2011. 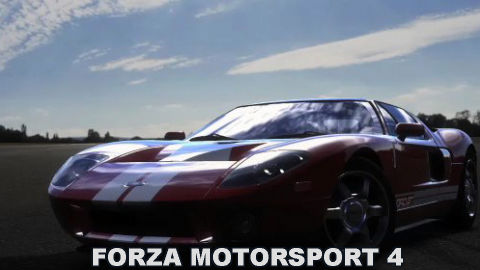 One of the big surprises from the Spike TV Videogame Awards was Forza Motorsport 4, though, again, it shouldn't have been one since 3 was released in 2009. However, with Turn 10 taking over the Project Gotham Racing series and continuing to release downloadable content, many felt that Forza 4 would be a ways off, maybe even a launch title for the next Microsoft console.

What makes Forza Motorsport 4 exciting is that Turn 10 has created the best, most vibrant online community since Motor City Online, thanks to giving players a ton of editing and sharing tools to use in combination with Xbox Live. The developer is as detail oriented as any, using advanced tools to scan the actual car models. Turn 10's acknowledgement of novice drivers has made Forza as accessible as any racing game. This is one game Xbox 360 owners will be looking forward to this year, which comes Fall 2011. Oh, did we mention it'll utilize Kinect? 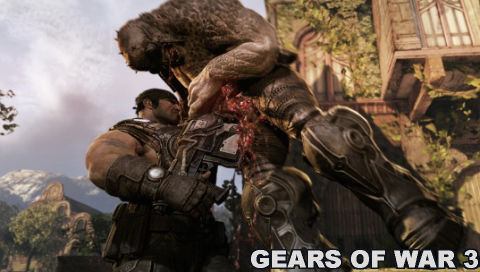 One of the most popular Xbox 360 series will return this coming Holiday 2011, as Gears of War 3 will tie up some of the lingering question that were posed at the end of 2, especially Marcus Fenix's father Adam howling his shock and displeasure at his son: "This is Adam Fenix, is anyone out there...? Can you hear me...? This is Adam Fenix, can you hear me...? What have you done...?"

It's been revealed that Adam Fenix will play a major role in Gears of War 3, and perhaps will shed some light on the inscrutable protagonist Marcus. It'll also answer questions about the Lambent as well as wrap up Dom's storyline, last seen a haggard shell of a man with a straggly beard in the last trailer, and maybe, just maybe, gamers will finally meet the Locust Queen face to face. It'll be interesting to see how Epic Games ramp up the visuals as they did going from Gears 1 to Gears 2 as well. Gears of War 3 will chainsaw Xbox 360's Holiday 2011. 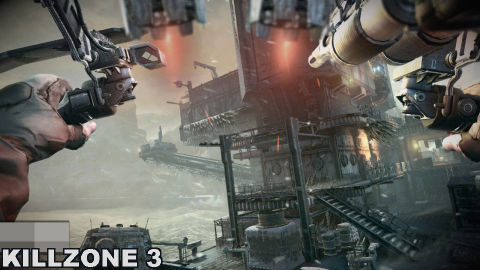 The next chapter of the Killzone series sees the adventures of the Interplanetary Strategic Alliance continuing on Helgan, where, after the loss of Visari, all of the Helghast factions are fighting each other for control of the planet. All of this is just backstory to the real addition to the series: jetpacks.

As players who have been doing the Killzone 3 multiplayer beta since October have been enjoying flinging themselves through the air with jetpacks, which in the single player game will serve as part of complex maneuvers that can essentially be considered jumping puzzles. It wouldn't be a Killzone game without bleeding edge graphics, either, and Killzone 3 will up the ante, as well as include the option for stereoscopic 3D, too. 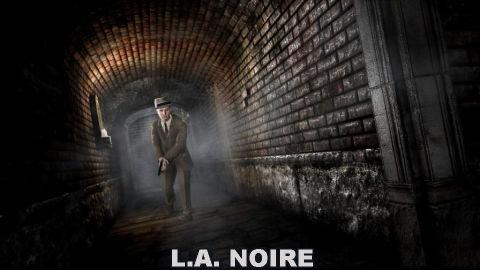 Yet another Rockstar game that has been in development for an eternity, L.A. Noire, originally a PlayStation 3 exclusive, will finally be released in 2011. The game was fully funded by Sony and was supposed to be released in 2008. Somewhere along the line, the partnership fell apart, and the game will also be released on the Xbox 360.

Not much is known about the game except for the fact that it is dripping with film noir, taking place in 1947 Los Angeles - complete with shadows, tough guy dialog, and black and grey morality, accompanied by a jazzy 1950's score. The time period and location will definitely have to involve the infamous Hat Squad, though whether the player is a part of them is as of yet unknown. The game is expected to have a November 2011 release. 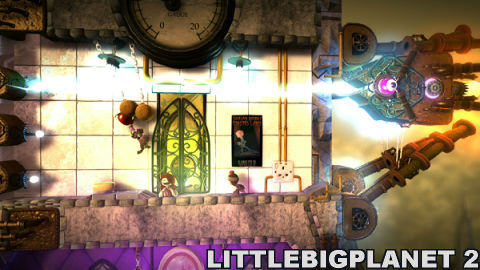 SackBoy is back and more disturbingly cute than ever in LittleBigPlanet 2. The original drew praise for the extensive physics-based level editor, as well as its lush graphics and charming Mario like gameplay, though some believed the overall package felt thin.

What does the sequel bring to the party? Forget platforming - Media Molecule has opened up the editor and gameplay to include any sort of genre, like real-time strategy. Want to make a racing level? Go ahead. How about some light roleplaying? Be our guest. With the editing tools open this far, it'll be interesting to see what experienced designers come up with, especially considering what they were able to do with the relatively limited tools in the first game. LittleBigPlanet 2 bounces onto shelves on January 18, 2011. 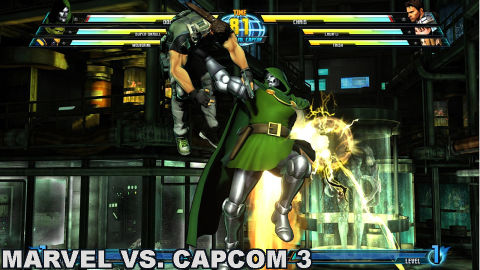 Marvel Vs. Capcom 3: Fate of Two Worlds is one of the most highly anticipated fighting games since Street Fighter IV . To give an idea of how popular the series is, the backwards compatible Xbox version of Marvel Vs. Capcom 2 was selling for upwards of $200 on eBay, while the HD updated Xbox Live Arcade and PlayStation Network version of 2 was one of the biggest sellers on both platforms in 2010.

Well, Marvel Vs. Capcom 3 is coming, and getting the Street Fighter IV treatment, with large, 2.5D levels and detailed 3D cel-shaded characters. The roster on either side is packed full of goodness, with Marvel standbys like Captain America and Wolverine available alongside some unexpected characters like M.O.D.O.K. and She-Hulk. You'll have Deadpool breaking the fourth wall with his wisecracks - even grabbing his own life meter to whack over the heads of his enemies - while on the Capcom side, Viewtiful Joe and Zero will be fun characters to play, alongside some of the Capcom regulars like Chun-Li, Dante and Albert Wesker. The total chaos begins February 15, 2011.

That concludes Part II of 2011: The Year to Come In Games, but we've only reached the halfway point. Is your wallet calling out for mercy now? The fun has only begun as Part III brings out the big guns. The games in the next part of the feature are titles that have rabid fanbases that count the days til the next game comes out. Keep an eye out for it in the next few days.