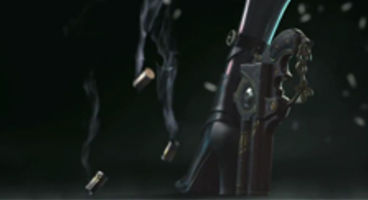 Platinum Games, creator of Vanquish and Bayonetta, has another title in the works with SEGA to publish as they succeed in extending their partnership.

The team "would love" to make Bayonetta 2 and will "when the time is right". Speculation is understandably pointing toward a sequel for the very agile witch.

"We have a further title to announce from Platinum Games as well," revealed Alan Pritchard of SEGA West. So far Platinum Games and SEGA have brought us MadWorld, Infinite Space, Bayonetta and Vanquish.

Bayonetta was met with a warm reception from gamers and critics and managed some respectable sales figures. SEGA have said before they'd like a second game.