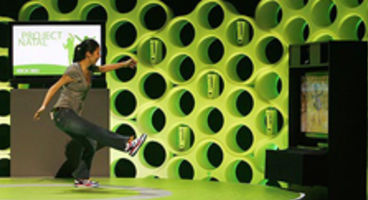 Microsoft's Aaron Greenberg teases that more will be shared about Project Natal this E3, saying it's "still in codename status" right now.

There's "a lot more to share," including games in this "entirely new category" of Natal. They have "more stuff at E3" and at holiday too.

"I would say to expect us to share news around E3 time,” Greenberg tells Joystiq. "But right now, we're obviously in a codename status. We just unveiled this thing about seven months ago at E3, so it's an entirely new category of games and entertainment."

"We are still in codename status, and we haven't shown any of the actual games. There's a lot more to share." X10 has already teased a number of hot properties coming out for Xbox 360 this year, but there are more surprises in store.

"This is just a glimpse of all the types of games we'll have coming throughout the year. We'll have more stuff at E3, more stuff at holiday -- but a pretty good start to what we think will be our biggest year that we've ever had," added Greenberg.

Fable III was expected to be a big pro-Natal title, but Molyneux revealed during X10 that those ideas have been scaled back, favouring the controller heavily. It will have some Natal features but what they are remains a Lionhead Studios secret.