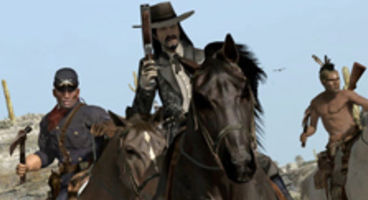 It will contain all of the downloadable content released so far and the upcoming Undead Nightmare DLC, which adds a zombie plague adventure.

It will be on sale as a full retail release for $29.99/£24.99/€29.99 and bundles in the Undead Nightmare Pack, Outlaws to the End Co-op Mission Pack, Legends and Killers Pack, Liars and Cheats Pack and all released modes for Multiplayer Free Roam.

Currently there is no release date for this Xbox 360 and PS3 standalone bundle. This is similar in what Rockstar did with Episodes from Liberty, bundling in both the meaty DLC 'expansions' to Grand Theft Auto IV on to a bundle disc not requiring the original.